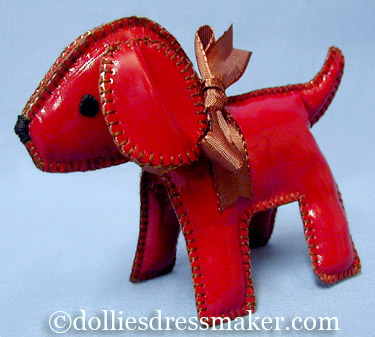 Some of the patterns in La Semaine de Suzette, such as Le Petit Chien, were not intended for Bleuette. This pattern was intended to be made by little girls to be used as a toy or as a “gift for the little brother of your best friend”.

I fell in love with “The Little Dog” when I first saw him. Even though he is from a later time period than I prefer, I knew I would have to make him up sometime – just because he is so sweet!

The pattern directions suggest the option of making the dog in oilcloth. Since the “real” oilcloth used in 1956 is no longer readily available, I used the next best thing – the modern day version of oilcloth. The dog is sewn together by hand with a blanket stitch in a rusty brown color that matches the ribbon bow. I chose to do the facial features in black embroidery.

Instead of taking the patterns advice and giving the petit chien to my best friend’s little brother, I think I’ll just hang onto it and let my Bleuettes enjoy him. 🙂 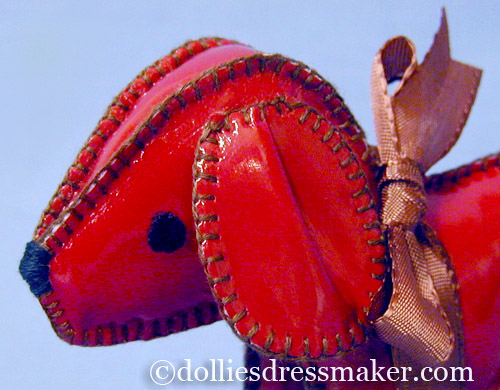