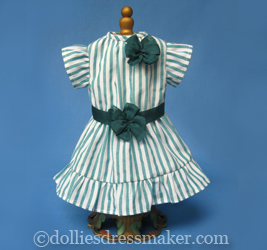 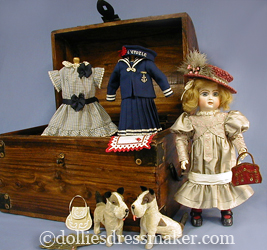 A LITTLE HISTORY FOR THOSE NOT FAMILIAR WITH BLEUETTE….

Bleuette is a doll that was offered to young girls in France from 1905-1960, and was only available through La Semaine de Suzette, a weekly periodical for girls. The magazine was filled with games, crafts, recipes and stories along with patterns to make clothing for Bleuette. There were more than 1,060 patterns published over the 55 years Bleuette was produced. The first Bleuette dolls are known as the “Premiere Bleuette”. These dolls were given free to girls for placing an order for a one-year subscription to La Semaine de Suzette before its first publication (February 1905) and only available until one month after publication (March 1905). 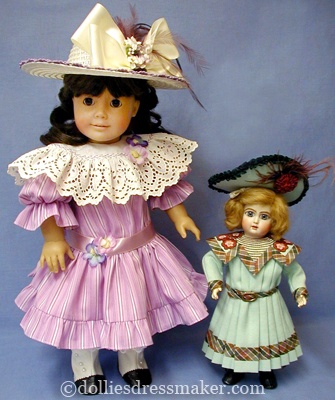 There were 20,000 premiere dolls ordered for the initial advertisement (see below) that offered a Jumeau doll (made by Societe Francaise de Fabrication de Bebes et Jouets or also known as S.F.B.J.) and 60,000 subscription forms were received for the magazine.

The first supply of Bleuette’s were gone before the first issue was even released. A different mold was found to replace the Premiere head and over the years, Bleuette’s head changed several times. Bleuette is 27 cm. (10 5/8″) in height. You can see her size in comparison with an 18″ American Girl doll above.

I am making each of my Bleuettes a trousseau from the patterns of La Semaine de Suzette. Each doll represents a specific time period. Photos will be added as I finish each outfit for them. These outfits are not for sale.

They are outfits that I have created for my own personal dolls over the years and are displayed on my website with the hope that others will take inspiration from them and begin creating wardrobes for their own dolls. All outfits are 100% hand sewn.
You can meet my Bleuettes below. As an item is made, a post will be added to their respective trousseau category. Click on the links to see each dolls trousseau. 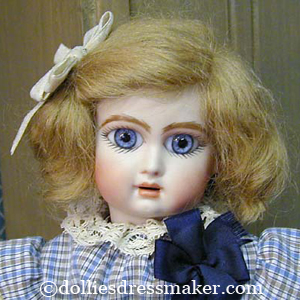 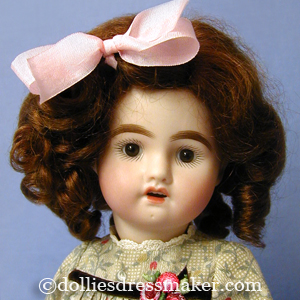 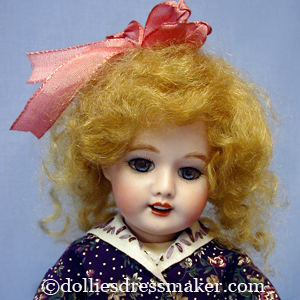 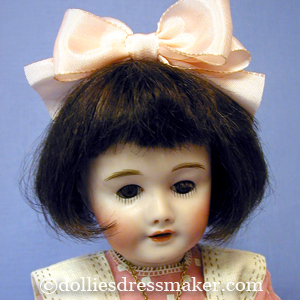 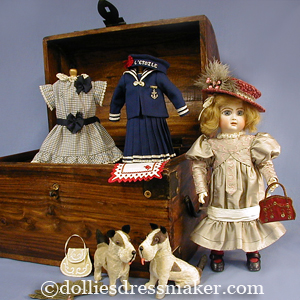